Thoughtless planning of CPZs (Controlled parking Zones) in Ealing is becoming a habit. An earlier decision to install a CPZ near Scotch Common is already causing chaos. Now the Labour Council is planning another badly thought-out CPZ.

If you live in the area of Poets Corner this concerns you. 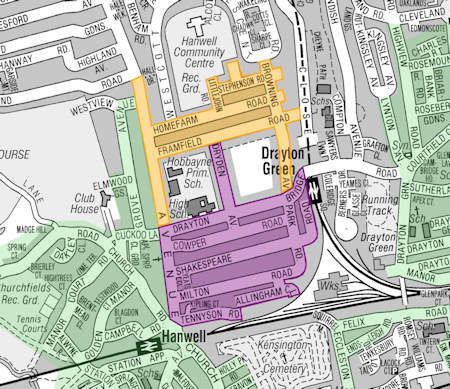 This map shows the proposed CPZ area in purple and yellow. The green area is an existing CPZ.

A small number of roads immediately east of the railway line don't have a CPZ. Expect problems in these streets such as:

You don't need a degree in traffic management to see what will happen. The same as happened around Scotch Common. Those streets are going to be packed out with cars spilling over from the new CPZ. As Lib Dem council candidate Francesco Fruzza commented - "With a CPZ on either side, they are the meat in the sandwich".

The full consultation document and the response forms are  here https://www.ealing.gov.uk/poetscornercpz.