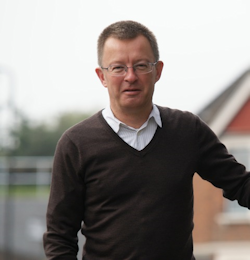 I wish to be re-elected because I think it is important that the views of residents in Southfield Ward are represented locally, and at Ealing Council.

We make great efforts to talk to residents, this may be through our monthly e-mail newsletter which goes to nearly half the households in the ward, or via our leaflets which we deliver to all ten thousand letterboxes. On top of this we aim to knock on everyone’s door at least once a year.

We hold four ward forums a year-more than any other ward in Ealing. We have a budget of £30,000 a year and most of the expenditure is suggested by residents, such as the proposed lighting of Acton Green play area which will go to consultation this winter. In addition we value comments and suggestions from the various resident associations and groups in the ward.
My colleagues and I deal with a diverse range of queries: many concern examples of what can be described as poor customer service from Ealing Council. Again and again residents are unhappy that they can never speak to a person and that increasingly relatively simple requests are ignored. We have a strong track record of responding quickly and getting results by dealing directly with officers.

On the Council we have questioned some of the choices made by Labour run Ealing Council. We are increasingly concerned that decisions are made with little or no consultation or formal announcement, such as the new street cleaning regime.
If re-elected in May 2018 I will continue to serve the residents of Southfield, protect and enhance the are we live in and hold the Council to account.