This General Election will decide the future of our country for generations. It is our best chance to elect a Government to stop Brexit.

The Liberal Democrats are the strongest party for remainers and are standing on a manifesto to stop Brexit by revoking Article 50. 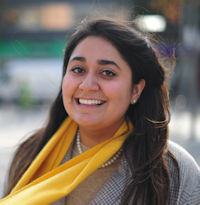 Liberal Democrat candidate for Ealing Central and Acton, Sonul Badiani, says: "Brexit is a national tragedy and embarrassment that has dominated our politics for too long. An overwhelming majority of 71% in Ealing Central and Acton voted to Remain in the 2016 Referendum. We deserve an MP who can stop Brexit so we can get on with governing and tackling emergency issues such as climate change, improving our NHS and creating an economy that works for everyone."

Leader of the Liberal Democrats Jo Swinson says, “this country deserves better than Boris Johnson and Jeremy Corbyn, and I am excited to take our positive, pro-European, liberal vision to the country as the Liberal Democrat candidate for Prime Minister.”

Johnson’s Conservative party will crash us out without a deal on the 31 January 2020 and the Labour Party led by Brexiteer Jeremy Corbyn are committed to negotiating their own Labour Brexit. The Liberal Democrats remain unequivocal and united in the fight to stop Brexit. We know that the best deal is the one we already have – as members of the European Union.

Back the Liberal Democrat campaign to stop Brexit here.