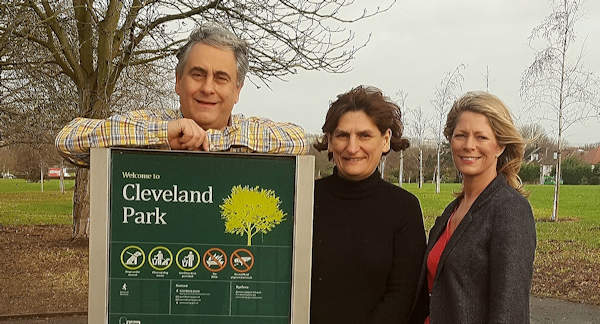 The new candidates on the team are Greek-Australian Athena Zissimos who has lived in the borough for 15 years and Jo Baldwin Trott, born in Bristol. They have joined resident of Ealing for 60 years, Francesco Fruzza who is second generation British born Italian and who has lived in the Cleveland Ward for 25 years.

Jo Balwin Trott said, "I was inspired to enter politics after hearing an interview by the husband of the late Jo Cox. After her death he appealed for more women, more mums like Jo, to become involved. More diversity, including more women, is needed to address the political imbalance and I am thrilled to be part of a very passionate European team".  Ex-police officer, mum of twins and business owner Jo hopes to bring her previous experience to the team especially in the light of the closure of Ealing Police Station.  "A key station was closed in the area I worked in in Bristol.  The immediate impact on the community and the crime rates were frightening. We will be campaigning to keep the streets safe and stop the closure of our police station operational in Ealing".

Athena Zissimos, a buyer for a local health shop, believes the party try the very best to be fair to everybody. "I feel that the little things really matter (to the party).  How clean your streets are, the state of your pavements, as do the bigger things like how safe you feel walking down your street and how well the services offered by your local council work. I am excited to be part of a Lib Dem team that helps make that happen".

Francesco Fruzza, a civil servant, is very optimistic for this years election, "I am over the moon that I have two such enthusiastic candidates joining me and we are continuing to create a more representative team in Ealing".  The Lib Dems are showing a very strong chance of gaining seats across London in May’s election.

To get involved with the Cleveland Lib Dem team visit their Facebook page - www.facebook.com/ClevelandLibDems, contact the Cleveland Team on 07833452798 or register with the party at www.libdems.org.uk.