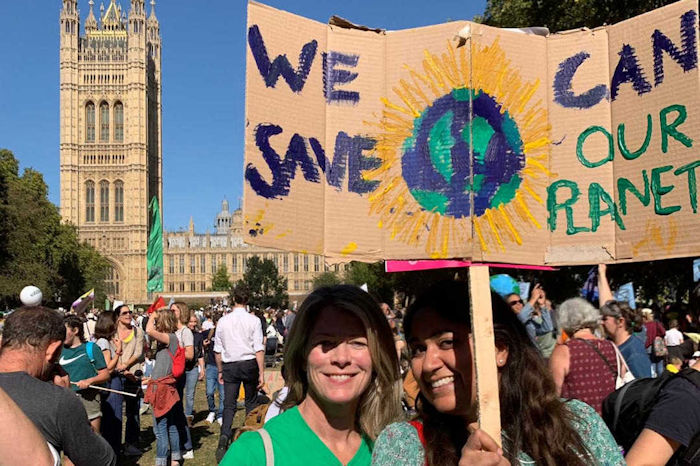 Greta Thunberg has inspired schoolchildren across the globe and they are walking out of school and demanding urgent climate action. This is both inspiring, but deeply worrying. These children are worried about their future and the world has a duty to do something to reassure them. Groups like Extinction Rebellion are bringing cities to a halt, telling politicians to tell the truth about the damage we’re doing to our planet.

The Chair of the Committee on Climate Change said in June 2019 we have a moral duty to act, and in 2008 the UK passed the Climate Change Act, becoming the first country in the world to set mandatory targets for the UK to cut emissions to 80% of 1990 levels by 2050.

This is not enough.

Humanity is staring down the barrel of a gun. In March 2019, the UN said there was just 11 years left to prevent irreversible damage from the climate change. If we do not the world will suffer the worst impacts of climate breakdown. Extreme weather events, rising sea levels, destruction of nature and failure of agriculture with food shortages will create huge global inequalities.

The Paris Climate Change Agreement signed in 2016 agreed to limit warming to 1.5 °C. This means the UK needs to lead the world again by setting meaningful targets to achieve net-zero emissions. The world is failing to heed the warnings. Populists across the world are actively damaging the climate – from Donald Trump pulling the US out of the Paris Agreement to Jair Bolsonaro in Brazil standing by and letting the Amazon burn. 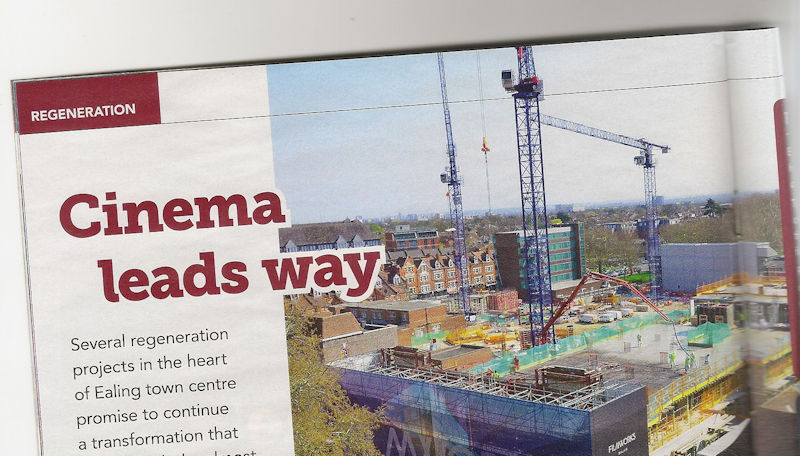 The above headline in the Ealing Council magazine "around Ealing" gave us all at Ealing Lib Dems a chuckle. The Cinema project has been delayed and delayed for so long none of us can remember a time when the Cinema as not a building site. Apparently it leads the way. Really!

Please sign our petition to encourage the people involved to get on with it.