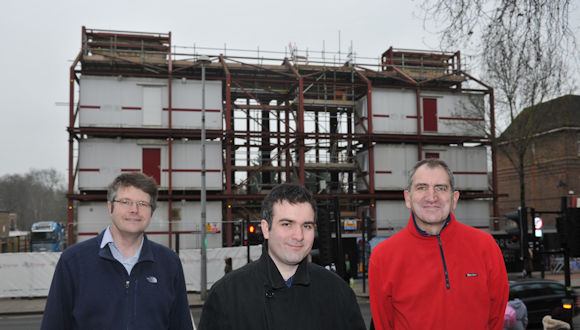 Work has started on the long-awaited Ealing Filmworks scheme including flats and cafes as well as the cinema.

The estimated completion date has just slipped back by another year and we are going to have to wait until 2020. The saga continues.

Ealing Common candidate in the local election, Craig O'Donnell said "Ealing has a long and distinguished history of film making. We deserve a Cinema."

Ealing has been without a cinema for almost a decade. The site has changed hands twice because the developer has decided not to start construction.  Now we have further delays.