Ealing does not need Heathrow to be expanded

Howard Davies's Airports Commission recently delivered a massive blow to residents in Ealing and West London, when it gave the go ahead to expand Heathrow.

Only the Liberal Democrats have been resolutely against expanding Heathrow, locally, regionally and nationally, as we see our quality of life worsening if there is an increase in air traffic. The additional air and noise pollution will make our lives worse.

I recall visiting a school in Hounslow where the pupils could not play outside due to the planes that there already are. Anymore and we will be causing problems for not just how our children can be educated but their enjoyment of their time at school.

Time at school should be fun and a chance to socialise whilst learning, not avoiding the noise of large planes going over head.

Some residents have mentioned the proposed cap on night flights but I think we know that any expansion will lead to an increased number of people in Acton and Chiswick suffering from flight noise in the short term, to a u-turn and more night flights.

I am also very cynical about whether the airline industry will fund triple glazing or investing in planes that will be much quieter and much more fuel efficient. 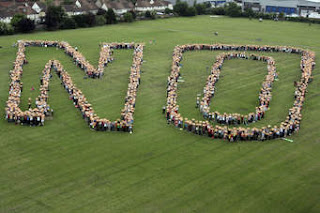 Both the Tories and the Labour parties have said they will accept the commission’s report which was published after the general election to avoid embarrassment to them. Sadly only the Liberal Democrats will be standing up to fight for the residents of Ealing.

I fear that future generations of our children will suffer for the short term greed of our country.