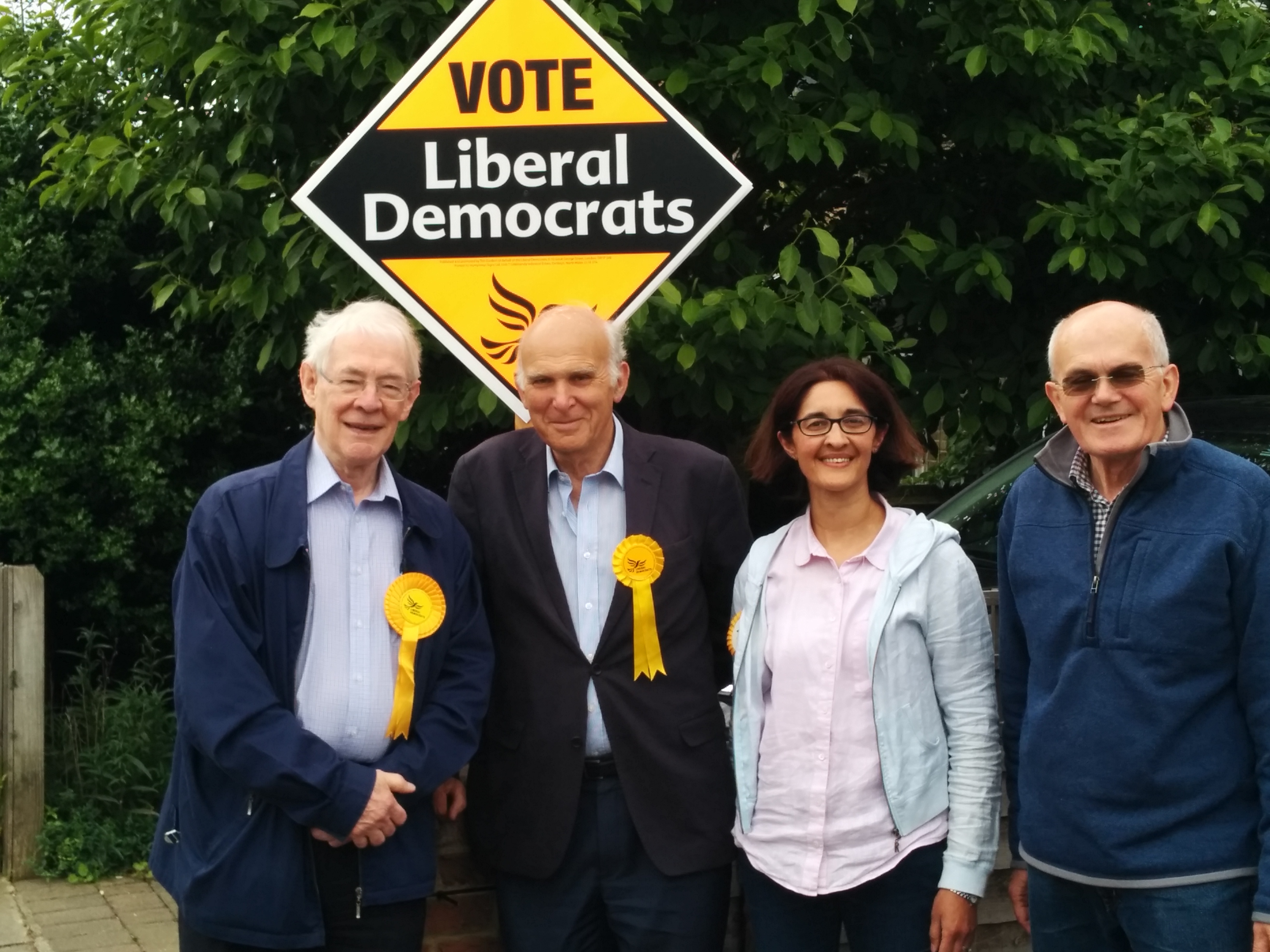 From the beginning of the campaign in Vince Cables Garage, to the final push on election day, Ealing Liberal Democrat volunteers were working to help Vince Cable get re-elected in Twickenham.

Volunteers from all over west London were helping in target seats in Kingston, Twickenham and Richmond Park. Most days you would find Ealing Volunteers on one of these targets. In Twickenham the campaign was based in a shop front in Whitton. Thankfully next to Starbucks.

On Election day, Ealing was assigned to one of the committee rooms. Each of these processed data for local polling stations. The pace of work built up over the day as teller slips from the polling stations were entered in the computer and expert, Henry, printed fresh 'knocking up' sheets to issue to people chasing up Cable voters who had not yet voted.

The committee room was in someone's house and the printer turned out to be not up to the job, so an huge, ancient laser printer  was shipped in and set up on the floor. A wonderful meal was provided at lunchtime to keep us all going. By late afternoon the pace hotted up. Now the results of the 'knocking up' sessions needed to be entered into the computer so that people were not knocked up twice.

Questions arose, such as how could someone have voted and at the same time expect to vote later in the day. Assumptions were made. True? False? We shall never know.

By late evening the troops were mainlining ginger nuts as the food had run out. The pace was hectic as the last slips came in, the last knocking up sheets entered and final rounds were made.

By 9:45 it all ended.  We drove back to Ealing listening to the BBC news. The exit polls were surprising.

Life is going to be interesting.