The Olney way is up! Our "Going for Gold" Strategy 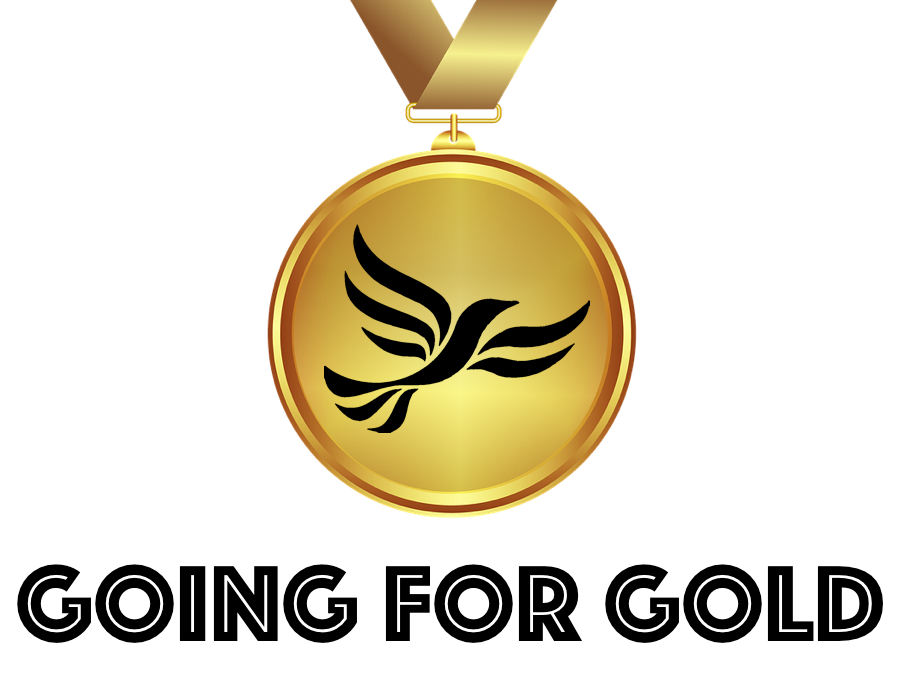 This is an informal day away from campaigning to communicate Ealing Liberal Democrats strategy “Going for Gold”. The strategy will set out our vision, our mission, our targets, our principles as a local party and what will lie ahead for us in the future. The day will not just be about communicating our strategy to you, it is also for you to play an active part in and owning that strategy.
There will be guest speakers Cllr Dawn Barnes from Haringey, who campaigned in and made gains in a Labour facing borough, examples of which Ealing can follow. Tim Verboven, London Development Officer, who will ask for participation in the creation of achievable targets in the form of a grid. Sarah Olney, Prospective Parliamentary Candidate for Richmond Park & North Kingston constituency, will attend to speak about the success in the Borough of Richmond and how they took over the council in 2018. There will also be a chance for you to suggest what policies Ealing Liberal Democrats should campaign on, and residents of the borough remember us by.
Over the past few years, we have seen the rise of populist politics, as people are starting to realise the polarisation which it has caused our politics, people are looking for a politics in which is reasonable, rational and fair. In the past year the Liberal Democrats have had tremendous success in Local Elections and the European Elections, and there is a momentum that hasn’t been seen for a long while in our party, and that’s because it is the Liberal Democrats that is being seen to offer that reasonable, rational and fair politics.
Since the Local and European Elections, our membership has increased dramatically, both locally and nationally. We’ve proved in many areas such as South Cambridgeshire, Richmond and Chelmsford that we can go from a small opposition party to winning the council, and then elect MPs. We are at a stage where now we can capitalise on that growth and momentum to make inroads in our own borough.
Lunch, tea, coffee, and cakes will be provided, so if this something you want to participle in please rsvp below.
WHEN
August 31, 2019 at 9:45am - 4:45pm
WHERE
W7 Empourium
60 Boston Rd
Hanwell
London W7 3TR
United Kingdom
Google map and directions
CONTACT
Gary Busuttil · · 07985443860
10 RSVPS