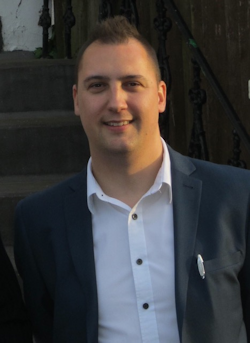 I've always supported the Liberal Democrats since I was 15, at the age of 30 I became a fully-fledged member, and at the age of 34 I became a Councillor, representing Southfield Ward. I became a Councillor because one of the other had decided he was standing down. I will never forget that it was an incredibly hard election for us against a backdrop of a national tide against us. However, I feel very fortunate to work with great colleagues and mentors who have supported me throughout.

There is no other feeling like it when you’ve been elected by your residents to represent them, and it's something that makes me immensely proud even to this day. Being elected to public office carries a certain respect that you don't usually find in a place of work; respect from residents, council officers, and from fellow councillors, no matter of what political stripe.

The greatest satisfaction of being a Councillor is the power to make a difference, whether that's scrutinising decisions, speaking for or against motions, or completing casework for residents. A desire to make our neighbourhood a better place, to be an effective opposition, and to influence and inspire young people to enter politics are the reasons why I wish to stand again the Local Elections in 2018.