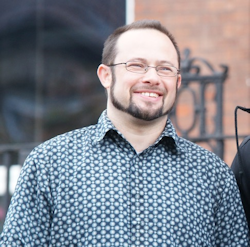 I wish to be re-elected as a Councillor in Southfield ward as I have enjoyed being a Councillor for the past 16 years or so and there are always more challenges to solve working with residents.

Residents often have problems with the Council when they hand out parking fines incorrectly, fail to keep their streets clean or listen to residents. As a Liberal Democrat Councillor I listen to the residents of Acton and Chiswick and represent them so they get many of their problems solved.

I live in the ward and can cycle or walk to see the problems residents report to me. Recently the three Liberal Democrat councillors in Southfield discovered an example of where a resident was incorrectly given a bill for £8000. After Lib Dem action, the bill was reduced to only £1.50 - Liberal Democrats work hard to help and solve residents' problems by working with the council, the local police team and residents' associations.