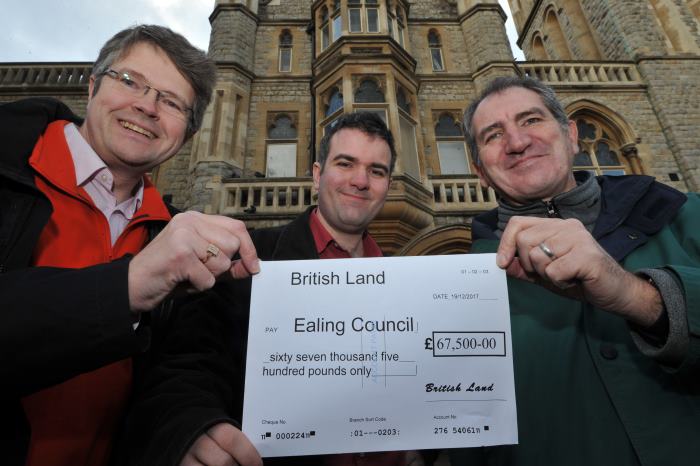 Jon slammed the Labour administration's failure to claim legal costs due from the developers behind a controversial planning scheme. The Council Leader then said British Land had promised him the money.

Cllr Ball commented, “This only happened because I kicked up a fuss. The fact that the Labour leader could get his developer pals to rescue him from political embarrassment shows just how close the relationship is between developers and Ealing Council bosses. I’m glad I spoke up to get £67,500 more to provide vital services for Ealing’s residents.”

Cllr Ball added, "The 9-42 The Broadway scheme was a classic example of a scheme that was good for the developers but bad for Ealing. It was a proposal to demolish a large part of the Victorian heart of Ealing and replace it with faceless retail units and towers with only 27% of the flats being affordable. Disgracefully, rather than demanding more affordable housing and more facilities for residents, the administration welcomed this development with open arms and the Labour majority on the planning committee voted it through.

"Due to the national level of concern about the scheme, with Historic England and the Victorian Society both making scathing comments, in addition to local opposition spearheaded by the stirling work of local campaigning group Save Ealing’s Centre, the Secretary of State rightly called it in.

"This call-in showed once again that Ealing Council's planning system fails miserably when it comes to major schemes. Planning officers are too close to the Council's regeneration function to stand up to major developers and most Labour councillors are too supine to overturn bad officer recommendations in major schemes.

"I hoped that the planning inspector would throw this scheme out, but instead the developers withdrew it just one working day before the planning inquiry was due to start.

"The Secretary of State found that the withdrawal was “unreasonable” and found the developers liable to pay costs. Costs awards were made to the other parties, including donations to local good causes in recognition of the work done by SEC volunteers on preparing their case.

Administration “shamefully failed to claim what was due”

"However one name was missing from the list of cost awards, that of Ealing Council. It is shocking that the Council decided to spend £74,000 of council tax payers money fighting in support of the developers and against its own residents. It is doubly shocking that given the legal opportunity to recoup these costs due to the unreasonable actions of the developer, this administration instead took the decision to brazenly put the financial interests of its developer pals before the interests of hardworking local residents and shamefully failed to claim what was due to it until I stepped in.

"What does a property developer have to do to lose the backing of this administration if being declared to have acted unreasonably by a government minister is not enough?”

Cllr Ball added, “I’m delighted that the developers are now repaying Ealing Council £67,500 to compensate them for most of the legal costs involved, but this whole saga indicates just how pally the Labour administration is with major developers. I would like to thank Save Ealing Centre for spotting that Ealing Council failed to claim their costs.”