This weekend the three Liberal Democrat Councillors visited every street and park in Southfield ward, where 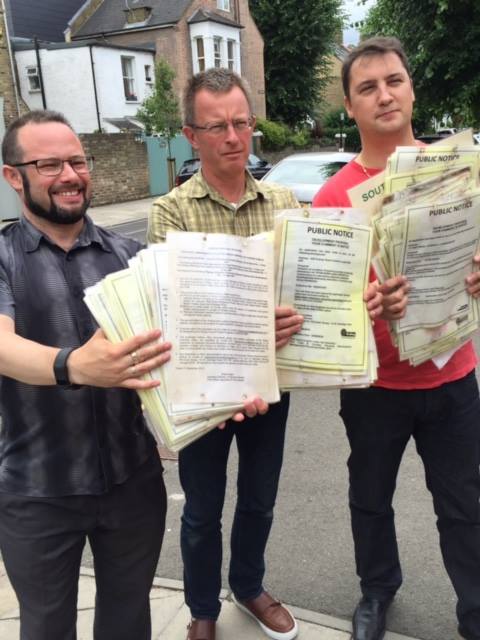 Statistics from the weekend:

need work from the Labour-run Ealing Council to fix).

Some of the most common things that Ealing Council has failed residents on are: fly-tipped waste, litter and an

excessive amount of leaves. There were also plenty of examples of dangerous trip hazards where residents

could fall over and blocked drains which can lead to flooding.

Councillor Gary Malcolm said: “So, we have 420 reasons why Labour should give up running Ealing Council

and hand over to the Liberal Democrats who care about people and our area!”

Gary Malcolm added: “When Labour-run Ealing Council forced wheelie bins up on residents they said that our

streets would be cleaner. The opposite is true. In this survey we showed many examples of dog poo, blocked

drains, graffiti, large amounts of litter and leaves, fly tipped waste. This shows that Labour clearly are not very

good at getting the basics right.”