Lib Dems vow to fight for completion of Ealing cinema following the news that Land Securities has sold the site to another developer. 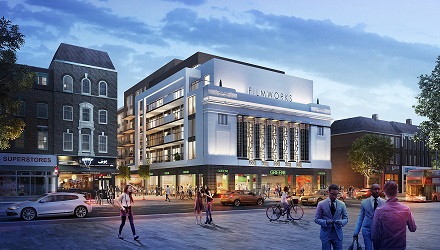 Concern is mounting for Ealing's Filmworks site after Land Securities unexpectedly announced that they are selling the land to another developer, St George.

"Ealing residents demand that a new cinema is built as soon as possible, after this sorry saga of delay after delay. I have concerns about St George taking over the site. Even now the shops in St George's Dickens Yard scheme lie empty, seven years after they gained planning permission."

Ealing has been without a cinema for almost a decade, with the previous cinema closing in 2008. This will be the second change of hands that the site has seen, without any progress having taken place.

Councillor Ball went on to say:

"I will be seeking assurances that St George will be going ahead immediately to implement the Filmworks development that Land Securities planned.

Also, the Council must ensure that St George do not pull the same trick on the Filmworks site that they did on Dickens Yard of selling the lucrative flats while dragging their heels on the other elements of the scheme that are of most value to Ealing residents."

Land Securities has sold almost £1.5bn of assets in the run up to, and following, the EU referendum result on 23rd June 2016.

The full announcement was made in a press release on the Land Securities website.

UPDATE: Following St George PLC's announcement that they can not give reassurances the development will go ahead as previously planned we have started a petition which you can sign and share.