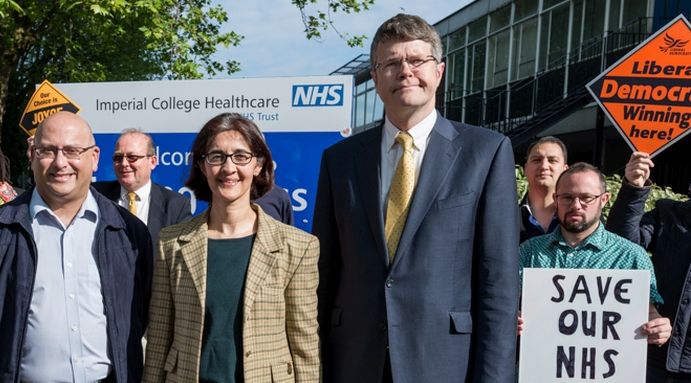 As part of the general election campaign the Liberal Democrats will invest an extra £6bn a year in our NHS and social care system; paid for through an immediate 1p rise in all rates of income tax.

Nationally, the Conservatives have not dealt with the social care crisis and locally Labour have closed many day centres, affecting the severely disabled, the elderly and some with mental health concerns.

The Liberal Democrats in Ealing have campaigned consistently to protect local hospital services from the threat of closure. Most recently, local Liberal Democrats rallied at Charing Cross Hospital, which cares for Ealing residents being investigated and treated for serious illnesses such as bowel cancer and breast cancer.

Humaira Sanders, Parliamentary Candidate for Ealing North, said: “The mark of a civilised society is how it takes care of its most vulnerable people. When illness strikes, we are in the hands of those taking care of us. I believe passionately in the founding ideals of the NHS – to provide good healthcare to all, regardless of wealth. The Liberal Democrat plan is an honest reckoning of what is needed, with determined steps to achieve this.”