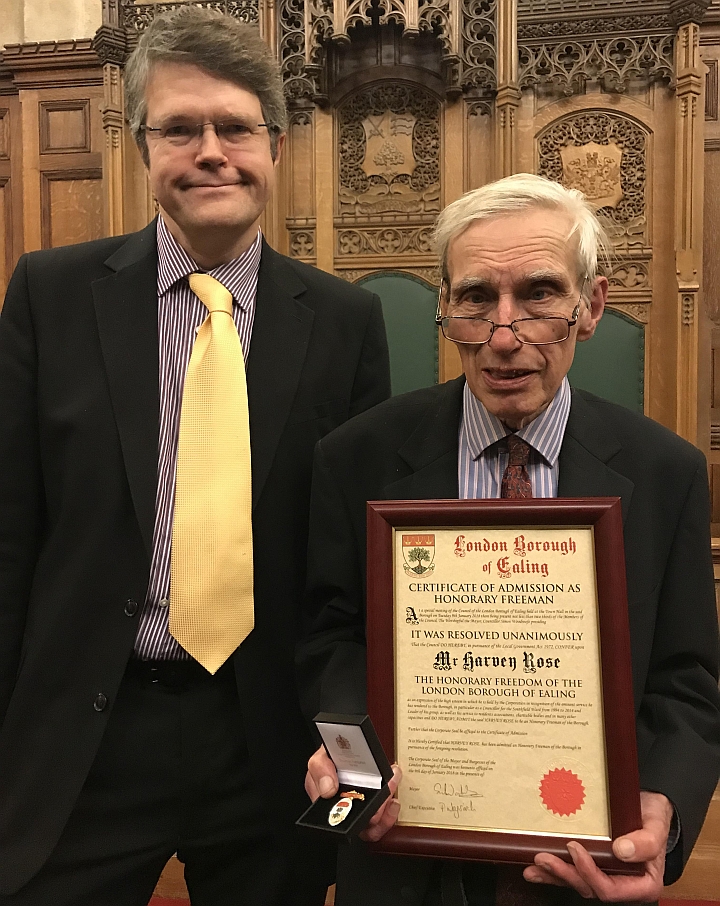 Harvey Rose, who was a Liberal Democrat Councillor for Southfield ward for twenty years, has been honoured by Ealing Council, for his hard work for charities and representing residents over the past two decades.

Councillor Jon Ball, who spoke to nominate Harvey Rose, said: "Much of Harvey's time was spent working for a dizzying array of West London charities – over 20 altogether. His diary was a checkerboard of regular commitments to different good causes. Harvey has supported the Citizens Advice movement as a legal advisor for the Chiswick CAB and as a trustee of Hammersmith CAB. He has also volunteered for Calm Mediation, Age Concern and the Alzheimers Society. Harvey is currently Chair of the Acton Green Residents Association. Harvey has made a huge and unique contribution both to this Council and to so many organisations in our borough and in West London more widely."