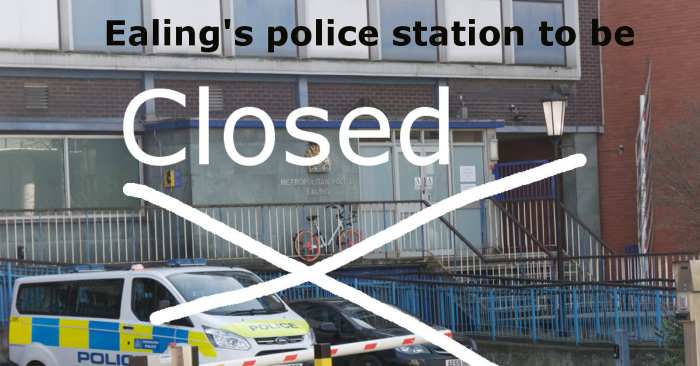 Funding for local police services has been cut by both the Government and the Mayor, while people's safety and communities are being put at risk.

Please show your support by signing our petition.

Athena Zissimos, Hanger Hill by-election candidate said: "In some areas the crime rate significantly increased when the local police station closed. The fear of crime increased because of the reduced visibility of officers.  The local criminals knew that the police would take longer to respond and took advantage of this."

Local police stations create a reassuring visibility, make reporting crime easier.   More importantly a police station creates a constant presence in the area to act as a deterrent as well as dealing with incidents whether emergency or non-urgent.  Officers spend a considerable amount of time in the local vicinity of the station as they come and go for their breaks, at the beginning and end of their shift and when they have to secure their CS spray, a registered firearm arm which has to be locked in a designated place.  Remote areas get less coverage.

Cost savings will not materialise. The absence of a local station forces officers to spend what add up to hours commuting between distant police stations dealing with enquiries, for team briefings, and at the beginning and end of their shift.  When they take a meal break and whenever they make an arrest there will be a higher cost to the tax payer; far more than is saved by closing buildings.   With an overall reduction of cells across London more time will be spent transporting offenders, as well as follow up visits for interviews and liasion with solicitors. Closing police stations and neighbourhood bases is a false economy which in the long run costs more, as is the case in Bristol and also in Salisbury, Wiltshire.

By losing the Ealing Station there will be a longer wait time for overall emergency response, the further emergency vehicles have to travel the higher the likelihood of accidents caused by 'red light runs'.

Already the Council have discontinued the station's counter service offered to Ealing residents, a fact that few are aware of.  During our recent canvassing many residents had no idea that this was the case, had 'no idea' and were appalled to hear this latest cut by the Council.

Ealing is London's 3rd largest borough.  It's population will increase by 10% over the next 10 years, 20% in the next 20 years.  It is absurd for it to lose its central police station and be left with just one in Acton.

There has previously been discussion for opening a counter service in the new council offices which would be a central point and allow for easier staffing.  'But what about the officers?' says Jo Baldwin Trott.  They need an Ealing base which allows them to operate efficiently, effectively and carry out all of their roles safely.  In Salisbury an offender escaped whilst being searched in the Town Hall as the facilities did not have sufficient security or capabilities to handle those who had been taken into lawful custody.  The council need to be assuring the residents of Ealing that their streets are safe and will continue to be, even after inconvenient building leases expire.  They should be looking for and acquiring a new site right now.  A site such as Ealing Fire Station which would need time to be re-modelled and adjusted to fit the very specific needs of a safe and secure operational police service.

The lease has to expire for Ealing Police Station in its current location but this is NOT an excuse or a back door way for the current Council or Mayor of London to see this as an opportunity for extra income at the cost of this very large borough.

Sign our petition to show your support for this campaign.