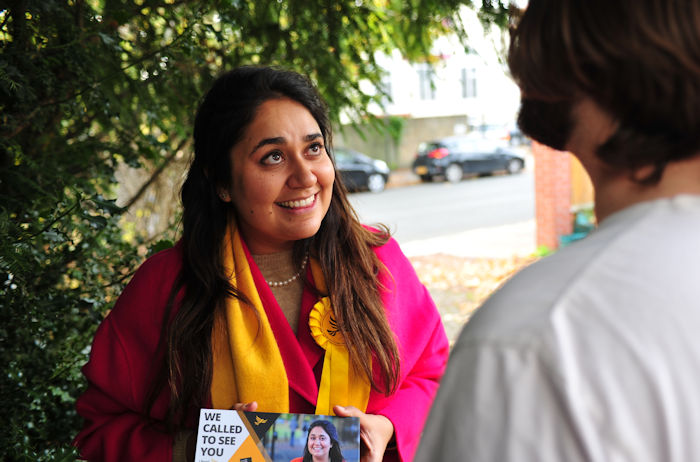 Your Liberal Democrat candidate
for Ealing Central and Acton

Sonul Badiani is a local Ealing Mum who is confident, clear and driven to take the Liberal Democrats to victory. She was born in North West London and fell in love with Ealing where she’s lived for most of the last decade.

Sonul has the Liberal values of people and their welfare in her heart.  She is a specialist in Human rights and European politics and law and has outstanding qualifications:

She now works in the charity sector where she has dedicated her career to the fight against Climate Change and improving Animal Welfare standards across the globe.

Through listening, collaborating and working hard, she will fight for the local community and unite the divisions in the country.