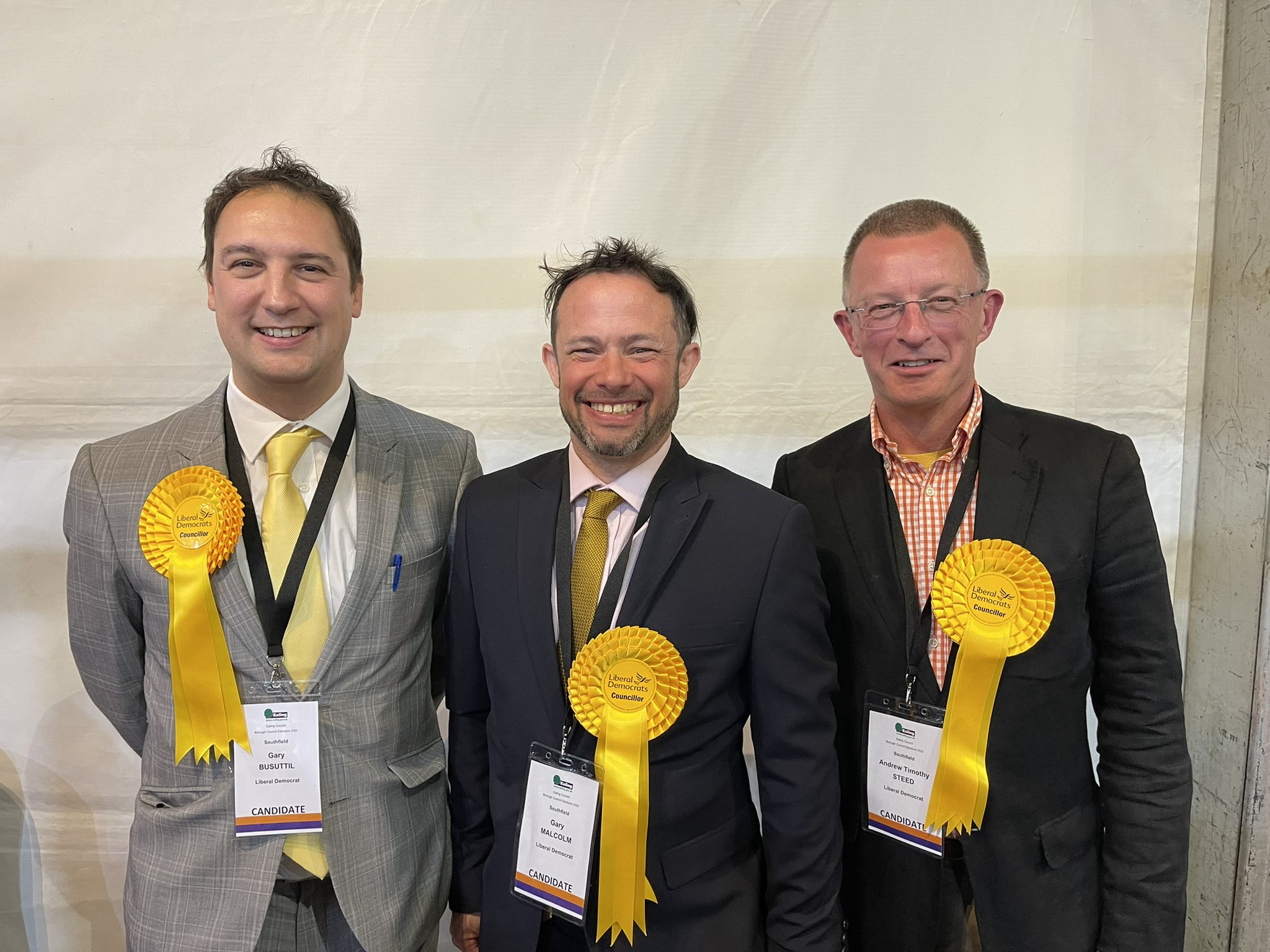 Gary has been a member of the Liberal Democrats for 12 years, and as part of the Southfield focus team now for 10 years. He was first elected as a Councillor in 2014, and has been one of three elected Councillors for Southfield ward ever since. "It is an absolute pleasure to represent the residents of this ward, and I hope to continue to work hard for all residents in Southfield ward for another 4 year term, together with fellow Councillors Gary Malcolm and Andrew Steed.

In the last 8 years we’ve contributed to many successes. Those successes are; getting the council to sweep our streets, improve our parks, informing residents and fighting against detrimental planning applications, increasing the amount of electric vehicle charging points, ensuring Southfield is the safest ward in the borough, making Southfield the greenest ward in the borough, not to mention the amount of people we’ve helped individually with casework, sometimes with complex issues. My priorities for the next four years if I’m re-elected are better transport, better transport accessibility, for the Borough of Ealing to have a robust local plan, and continued improvement to our green spaces.

Residents in Southfield and our borough are fed up with the Council failing to inform, involve or consult them on important decisions affecting us in Southfield. Liberal Democrats want the Council to bring back ward forums so that local people can have a say on how their money is spent in our area".

Councillor Gary Malcolm is Leader of the Liberal Democrat Group on Ealing Council. His main areas of focus are:

"From the many times we have knocked on doors the Liberal Democrats know that people are concerned with the dirty, leaf filled streets where potholes and broken kerbs are still too common. Liberal Democrats want clean and safe streets and parks. We want to see Chiswick Police station opened up which was closed after Tory government cuts".

Andrew Steed lives in Southfield Ward and has been a Councillor since 2010. His first campaign was to save St Albans Church on Acton Green Common. Working with residents and local groups he has helped secure funding for lighting in our parks, additional cycling facilities and contributed to the Chiswick Timeline at Turnham Green. Residents complain how they can never speak to anyone at Ealing Council, and no one responds to e-mails. "It would be great if Ealing could get some of the basics right, like cleaning our streets, repairing our pavements and finally sorting out the tree pruning. Labour in Ealing have voted through and allowed large tower block after large tower block to affect our area without the necessary infrastructure to give people good access to healthcare and schooling. They are ignoring people’s views and only recently agreed to the Liberal Democrat proposal to consult residents on which types of developments the Council should allow in the future".
Do you like this page?